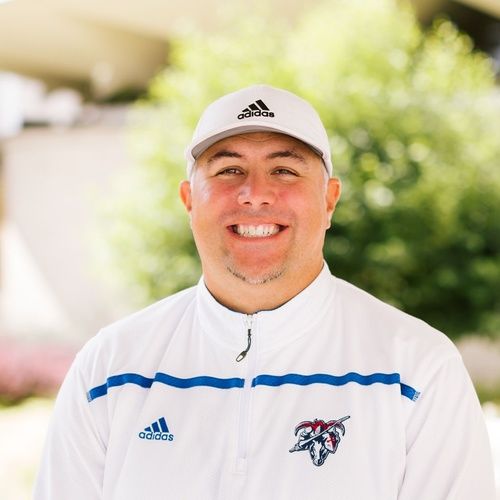 Sheldon Cross was a quarterback who graduated from Stadium High School in Tacoma and headed to tiny NAIA Iowa Wesleyan (less than 1000 students). He started for the Tigers for two seasons, had some success, and set a few Mid-State Conference passing records. He also had a brief professional career in Germany and Austria and won an EFAF Cup European Championship. Maybe not the big time, but he stayed healthy, played football, and learned the game.

In 2005 Coach Cross entered the coaching ranks as the offensive coordinator and quarterbacks coach at Iowa Wesleyan. In 2007 he returned to the Northwest and took the head coaching position at Interlake High School in Bellevue. He inherited a team in disarray, but by 2008 he had the Saints in the state playoffs and was named Kingco Conference 2009 Coach of the Year. A call from Washington State University in 2010 lured Coach Cross back into the college football world. A year at WSU led to a year at New Mexico-Highlands University, which led to a year at Illinois State University, leading to 3 years at Idaho State University — a lot of moving around climbing the college coaches' ladder. Many good things happened on this journey, especially Coach Cross's role in working with record-breaking offenses. However, he was looking to move back to Washington and settle down.

When the job at Kennedy Catholic opened in 2016, it was an easy decision. Coach Cross inherited a team that had made it to the state tournament the prior year, had a strong foundation, and a legacy of winning. He replaced Bob Bourgette, who had been in the program for 44 years, 21 as head coach, where he compiled a 201-40 record and won 18 league titles in the Seamount and North Puget Sound Leagues. A new style offense was installed by Coach Cross when he arrived at Kennedy Catholic. The pass-happy "Air Raid" replaced the old Wing T of the prior 50 years. He pulled together all he learned during those early coaching years to deliver a high-powered offense and a stout defense. The players and fans love the action.

Coach Cross is entering his seventh season at Kennedy Catholic. As only one of 4 head coaches in the 55-year history of the school, he's had some big shoes to fill — something he's accomplished with a successful track record. His teams have won the last three NPSL 4A Championships, with Coach Cross earning coach of the year each year.

The 12 seniors who graduated (6 who made All-League) will be missed. Fortunately, talented players return as six juniors, one sophomore, and three freshmen who earned All-League honors in 2021; Kennedy Lancers look good for 2022.

Coach Cooper versus Coach Cross, Pirates versus Lancers — The Battle for Burien!!